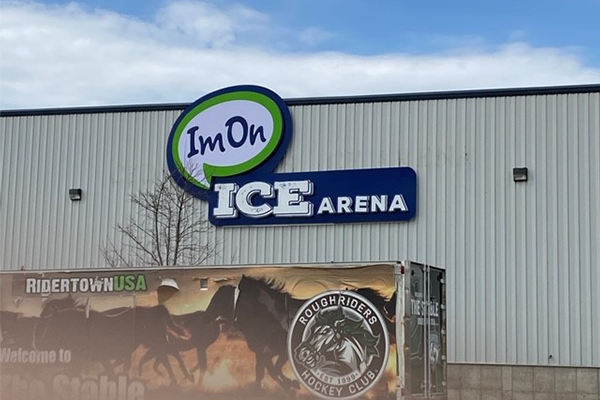 “ImOn is proud to put our name on this important community venue,” said Patrice Carroll, CEO of ImOn. “We are committed to supporting the communities we serve and look forward to a long relationship with the City of Cedar Rapids and ImOn Ice.”

In the coming weeks, guests can expect to see updated signage installed both on the interior and exterior of the building. A new website, ImOnIce.com, is set to launch tomorrow, January 14, 2020. Additional branding updates will be made as needed.

“We are thrilled to partner with ImOn Communications, and appreciate their commitment to this important amenity in Cedar Rapids,” said Jeff Pomeranz, Cedar Rapids City Manager. “We look forward to continuing to operate and enhance the ImOn Ice venue, which offers vital entertainment and recreational opportunities that benefit our entire community.”

In 2019, VenuWorks shared a $1.5 million multi-year venue improvement plan including the build-out of a new concession stand with more food and beverage options, installation of new decks in the endzones and installation of new seats in the NHL rink, a new website, as well as expanded services and communication tools. These improvements are in addition to other recent investments made by the City including two new ice resurfacers, HVAC system upgrades and other operational updates.

Additionally, the venue continues to focus on growing in-house programming, including a rapidly growing Learn to Skate program and expanded public skates. A virtual reality arcade, CRVR, was launched last July and continues steady growth. Other skating-related programs offered include figure skating, youth and adult hockey, skating lessons and birthday parties. The venue is also home to the Cedar Rapids RoughRiders, a junior hockey team that competes in the United States Hockey League.