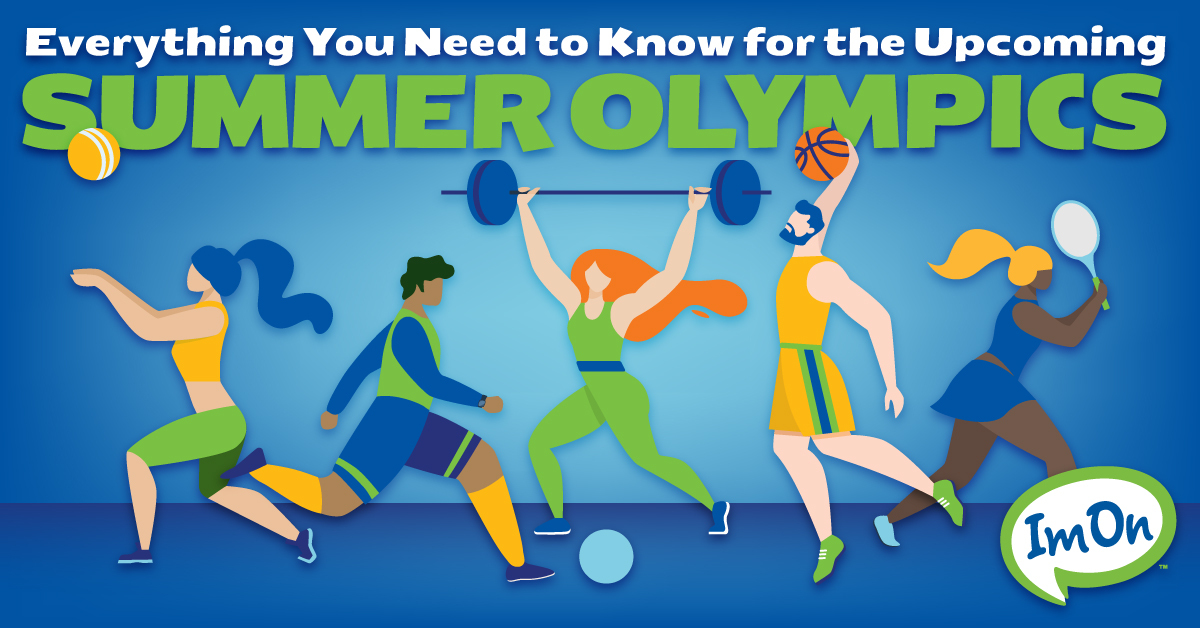 Stay Connected to All the Action

The 2020 Tokyo Summer Olympics are finally here! From archery to wrestling, and everything in between, ImOn is here to make sure you stay connected to all the competition. Japan is 14 hours ahead of U.S. Central Time, so most of the evening events will be live in the early morning hours throughout our communities. The Olympics kick off with the opening ceremony on July 23, at 6am CT, and conclude with the closing ceremony on August 8, at 6am CT.

To stay up-to-date on all Olympic news and events, make sure to download the official Tokyo 2020 app for Apple or on Google Play.

If you use Apple TV, Roku, or Amazon Fire TV, you’ll want to download the Olympic Channel App through those services for the most coverage. Other streaming options include the NBC App, NBCOlympics.com, Peacock TV, and The Olympic Channel Stream.

Throughout the 17-days of competition this year, NBC Networks will be airing over 7,000 hours of Olympic Coverage! Here’s some resources to help with keeping your calendar up to date with all the must-see events. Get the official Olympic event schedule here.

Use NBC’s Olympics TV schedule to make sure you don’t get caught on the wrong channel!

Are There Any New Sports Being Added?

Yes! There are 6 new sports being added to the Summer Olympics this year – Sport Climbing, Karate, Skateboarding, Surfing, Baseball, and Softball. Get some insight on the rules, history, and other information for these newly added sports. Make sure to show off your knowledge to friends and family while watching the Games.

Make sure to cheer on Karissa and Thomas as they make Iowa proud in Tokyo!